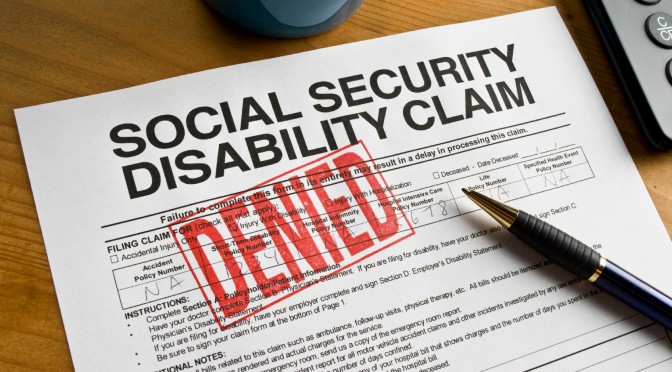 If Congress does not act, people already struggling on Social Security Disability (SSD) could see their checks reduced by as much as 20%.  At this point, by then end of fourth quarter 2016, the Social Security Administration would have just enough funds to fund slightly over 80% of current recipient costs.

The cuts would most immediately affect the 10.9 million people receiving disability benefits as of 2014, but other beneficiaries could see benefit cuts down the line. If Congress doesn’t act to reform the program, the trust fund used for retirement benefits would be depleted by 2035, a year later than previously expected.

Some policy experts say Congress could act to reform the program just in time to avoid the cuts to disability benefits, but any fix may be short term. Lawmakers could decide to redirect some of the payroll taxes going to the retirement trust fund to fill the gap in disability benefits, says Shai Akabas, associate director of economic policy at the Bipartisan Policy Center.

Many people have a false impression of SSD.  They believe that it is a widely abused and wasteful program.  Is there abuse?  Yes.  There is any government program, including programs that provide small business loans, that provide credit and subsidies to business and agricultural entities, tax loop holes that provide Corporate executives a lower tax impact than an average middle class taxpayer, etc…

What many of those people do not see are the people that I have represented over the years in SSD.  These are people who are struggling physically, emotionally, and financially.  These are people who worked all their lives, and then suddenly, they have an onset of a very debilitating physical condition that wrecks financial havoc on their household and their future.   For many of these folks, despite our law firm winning them SSD benefits, the income on SSD is substantially lower than their previous earned incomes they were accustomed to when able to work.  I can’t tell you how many times I have heard . . . “I never thought this would happen to me …” or “All my plans for retirement are now gone …” So for those out there that just think people get on SSD because they are lazy and don’t want to contribute to a productive society, well, you are just plain ignorant to the facts.  You’ve bought into the media and political driven stigma of SSD recipients, without doing a big of due diligence in your own investigation of the facts.  Unfortunately, I see it everyday.  Additionally, many people are also ignorant to the facts of the difficulty of obtaining SSD benefits.  It’s not simply apply, then receive.   It’s waiting fifteen months for a hearing and then facing, often times, a skeptical SSD Judge.  It’s not as simple as the stigma suggests.

Call your Congressman and Senator and ask them to show some courage and fix the Social Security and Medicare funds once and for all.

If you, a family member, or friend, have applied for Social Security Disability benefits and have been denied, call Mooney & Associates today for a .   The denial letter you may have received is deadline sensitive, so call us right away.  We have office all over South Central Pennsylvania to meet your needs.  Call us at 1-877-632-4656.