In this specific case, an injured worker filed a Claim Petition for wage loss benefits.   A hearing for Claimant testimony was held and on cross examination, defense counsel asked whether the injured worker was a naturalized citizen, a documented worker, or had a green card to legally work in the United States.  Through his Counsel, the injured worker invoked his Fifth Amendment right against self incrimination.  After the litigation process occurred, the Workers Compensation Judge found the injury to be work related, ordered benefits paid, but then subsequently suspended benefits in the same decision stating that the Employer had met its burden in proving that the Claimant was not authorized to work in the United States.

On Appeal, the Workers Compensation Appeal Board (WCAB) reversed the WCJ in that the Board found that the failure of the Claimant to testify to his work status was not enough for the Employer’s burden to be met.  The WCAB ruled that since the Employer failed to provide independent evidence  to support the contention that the injured worker was unlawfully working in the United States, that the burden was not met.   Essentially, the WCAB ruled that Employer could not meet its burden just because the injured worker invoked his Fifth Amendment rights to testify to his citizenship status.  The Pennsylvania Commonwealth Court affirmed the WCAB decision unanimously.  The case was appealed to the Pennsylvania Supreme Court.

In Cruz v. v. WCAB (Kennett Square Specialties), decided July 21, 2014, the PA Supreme Court noted that there are only TWO ELEMENTS involved in a Claimant ‘s burden on a Claim petition.  They are 1) the injured workers must be injured while in the course and scope of employment, and 2) the injury resulted in a loss of earning power.   In reviewing those two elements, the Court was clear that “claimant’s eligibility to lawfully work in the United States is not a relevant consideration in establishing either of these factors.  We therefore reject Employer’s assertion that a claimant, as part of his or her burden of proof in a claim petition, is required to establish his employment eligibility status under federal immigration law.”

In terms of the WCJ’ suspension of benefits, the Court noted that the Employer bears the burden of proof for a suspension of benefits.  In order to carry that burden, the Employer must present independent evidence that the injured worker was unlawfully employed.  Claimant did not have the burden to carry, therefore was not required to provide proof of employment status.

Finally, the Court rejected the Employer’s argument that since Claimant testified he was from Ecuador and refused to testify to his legal status, that the burden had been met.  Those facts combined did not meet the evidentiary burden of proof of substantial competent evidence to support the WCJ’s decision.  The Court rejected that notion, stating

“It is undisputed that the ‘sole’ evidence regarding claimant’s employment eligibility relied upon by the WCJ was Claimant’s invocation of his Fifth Amendment right against self incrimination in response to questioning from Employer’s counsel.   We find that the Commonwealth Court properly determined, based on our Harmon decision, , that adverse inference drawn by the WCJ from the Claimant’s invocation of his Fifth Amendment rights against elf incrimination did not, by itself, constitute substantial competent evidence to support the WCJ’s finding that Claimant was not a US citizen, and was otherwise not authorized to work in this county. “ 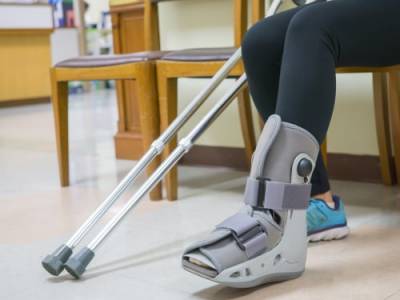