Top 5 reasons your Pennsylvania work injury may be denied 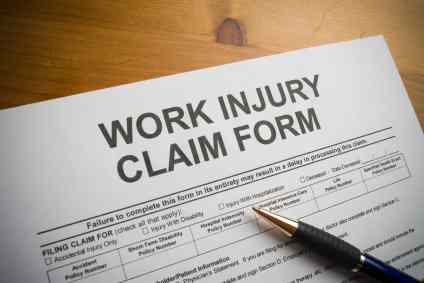 There are many reason why a Pennsylvania work injury may be denied by the employer and workers compensation insurance carrier.  I’ve heard it many times from an injured worker the astonishment that there injury at work was denied.  It happens.  And it happens often.

Here are the Top 5 reasons why work injuries in Pennsylvania are denied.

2.  Injury was not witnessed

Another reason a Pennsylvania work injury is denied is because there were no witnesses tot he injury.  This seems silly, and often times, it is silly.  Many Chambersburg injured workers and Carlisle injured workers that I represent work in a warehouse or on an assembly lien and work near, but not next, to another worker.  So many times, injuries are not witnessed.  It is also usually one of the first things a defense attorney will ask on cross examination of an injured worker — ‘did anyone see the incident that you described?’  Many employers are just simply skeptical of any and all claims unless there are actual witnesses to the injury.

3.  Employer has no knowledge of the injury

4.  An Investigation is contrary to reported injury

Another reason for a Pennsylvania work injury to be denied is the existence of a pre-existing condition.  Perhaps the injured worker injured the same body part, such as the low back, years ago.  Perhaps the diagnostic study, such as an MRI or X-Ray shows arthritis.  Perhaps the injury is the type that was not be caused by a traumatic event, but is a condition that develops over time.     We have gone over this in depth on this blog.  Preexisting medical conditions are NOT a bar to workers compensation benefits.  Read more in our pre-existing article here.

These are just the Top 5 reasons a Pennsylvania work injury may be denied based on what I have seen in my practice.  This is not an exhaustive list.  If you have been injured at work and your work injury is denied, fight back.  Call Mooney Law today at 833-MOONEYLAW.  We will provide a FREE consultation and we do not recover a fee unless we recover for YOU!