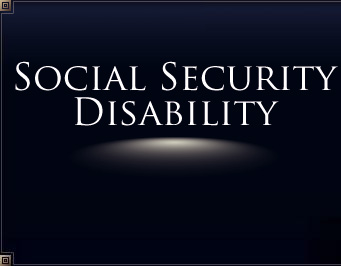 Besides the fact that it is illegal to work ‘under the table’ because you are evading paying income taxes, it can also be devastating for a person who later in life becomes disabled and attempts to get Social Security Disability (SSD) benefits.  Before we even begin discussing your medical condition that you feel disables you from working, we must first determine whether you are ELIGIBLE for SSD benefits.  If you recall from our prior article, SSD has work credit requirements.  You must have worked so much within the last ten years to be eligible SSD, otherwise known as, having ‘insured status’.

Again today, I met with a potential client and heard a very sad story.  She spent years caring for others.  She spent years caring for family members, such as her Mom and Dad, who were facing terminal illnesses.   Now, she is suffering from a debilitating back condition that has caused bilateral numbness and pain in her legs.  Many days it keeps her from getting much sleep at all.  She desperately needed to apply for SSD benefits because she can no longer work.  She came to see if we could help her apply for SSD benefits.

Her problem is that for the last few years, she worked ‘under the table’.  Let’s look at her scenario . . .

We determined that my client’s ‘date of last insured’ was in 2013.  For example purposes, let say 10/1/2013.  That means that she must allege that her disability onset date, meaning when she became disabled, must be PRIOR to 10/1/2013.   After 10/1/2013, she is no longer insured for SSD benefits.  However, she also had a prior application, had a hearing in 2016 with another lawyer, and lost that case.  She did not appeal the ALJ’s decision.  Now, she wants to file a new application.  She wants to allege her disability began back in 2012, which would be prior to her 10/1/2013 date of last insured.  The problem is,  the 2016 Decision by the ALJ denying her benefits already decided that period of time from the decision in 2016 back to 2012.  In other words, in a new application, she must allege her onset date to be sometime after that 2016 ALJ decision.    So if the Decision was dated 9/1/2016, she could not allege a date that was before 9/2/2016.  Yet, her date of last insured was 10/1/2013.  That would mean she is not eligible for SSD because she is no longer insured.  She does not have enough word credits.

The moral of the story is … besides breaking the law and possibly having a hefty tax bill and fines should the IRS find out you were working under the table, you also harm yourself should you come into an unfortunate situation where you need SSD benefits.   Remember, for all the years you have worked under the table, you are getting absolutely no work credits for Social Security purposes, including SSA Retirement.  It’s self-inflicted harm.